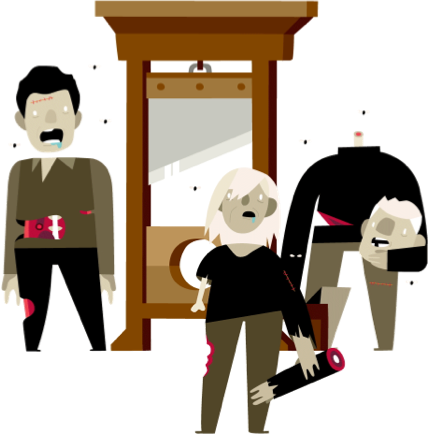 Where the season never ends!

It's a guillotine league, but instead of getting chopped, you'll join a zombie horde trying to topple the human survivors, and maybe even find your humanity again. Working together, the zombies scheme and collaborate to take down the human survivors.

Special for Week 1, we build the initial zombie horde with the four lowest-scoring teams.

The highest-scoring zombies can convert the lowest scoring humans to their dastardly horde and divvy up the FAAB of the dead.

The zombies can continue to convert humans, but now, the week's highest-scoring zombie finds a cure to restore their humanity!

At the end of the season, all surviving humans split the pot.